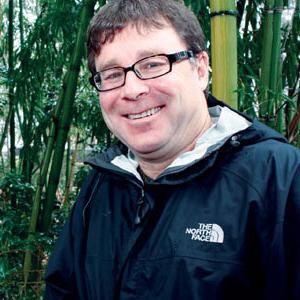 I received my doctorate in socio-cultural anthropology from the University of Washington in Seattle. My early research focused on the culture and politics of the ethnic borders in China. I have published on Marxist nationality theory in China, on ethnic and indigenous revitalization in the post-Cold War global order, on gender and ethnic representation, and on ethnographic film, photography, and popular culture in China and elsewhere. Other Chinas: the Yao and the Politics of National Belonging (Duke University Press, 2000) was the first major ethnographic study to examine the role of minority intellectuals in the critique of socialism and their role in the imagining of post-socialist futures. My current research is engaged with questions of border ecologies, bio-politics, activism and advocacy in labor, education rights, and the environment. In relationship to this research, I have published key essays on the transnational and media dimensions of anti-dam protest in southwest China. I am also working with migrants in China, looking at non-official education projects for migrant kids, the political role of non-governmental organizations and corporate social responsibility projects in these experimental ventures. More recently, I have been tracking Apple's environment, labor, and occupational health record in China, and am very interested in transnational activism directed at Apple and the companies that source its supply chain, as well as the general middle-class obsession for all things Apple in China. In all of my research, teaching, and thinking, I am committed to forging an anthropology of critical advocacy and activism, one which addresses structures of domination, exploitation, and inequality and the struggle to make the world a better place.