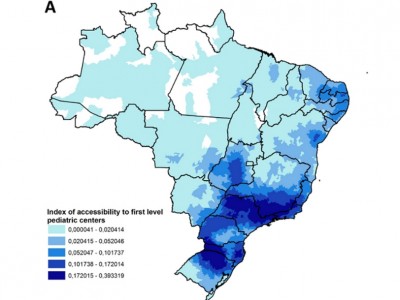 Innovative study of pediatric surgery in Brazil may offer a model for allocating healthcare resources.

In many parts of Brazil, the biggest impediment to making pediatric surgical care widely accessible has nothing to do with race or socioeconomic status. It’s a matter of physical geography.

“There are vast areas where it’s very hard to reach a hospital,” says João Ricardo Vissoci, an assistant professor of surgery at Duke and affiliate of the Duke Global Health Institute. “It’s not necessarily that you don't have the means to travel to the hospital, it’s just very hard to get there.”

That’s one of the key takeaways from a massive new analysis of pediatric surgery across Brazil. The study, led by Vissoci and DGHI colleague Henry Rice, used geospatial analysis to explore relationships among surgical infrastructure, workforce and need, one of the first countrywide analyses of surgical delivery for children. The results, published in the journal PLOS One, provide a system-level view of the country’s pediatric surgical care that can help policymakers determine if resources are allocated properly.

Geospatial analysis, Vissoci says, is “a very powerful tool. The use of visuals, mapping and distributions that we can use to talk to policymakers has proven to be very effective.”

Filling in the big picture

For low- and middle-income countries such as Brazil, it can be a challenge for policymakers to ensure their countries’ limited healthcare resources are deployed efficiently to serve the widest number of people possible. It’s estimated that two-thirds of people around the world, some 1.7 billion, are without access to safe, affordable and timely surgical care. In many countries, children comprise up to half of the population, leading to large gaps in surgical care for the young.

Geospatial analysis has emerged as one tool to provide high-level assessment of gaps and disparities in healthcare. These studies can identify regions where there is a mismatch between healthcare workers and need, for example, or where there is too little infrastructure to serve a population.

But data-based advances in surgical care have lagged behind those in other areas of global health. Pediatric surgery systems in low- and middle-income countries remain poorly understood, notes Rice, a professor of surgery and pediatrics, and chief of the Duke Division of Pediatric General Surgery.

To fill that gap, Rice and Vissoci launched the study in collaboration with the Global Initiative for Children’s Surgery, a consortium of providers, institutions and allies from around the world who are working to bring better surgical care to underserved children.

Brazil was a natural place to start. In addition to being Vissoci’s home country, Brazil offered something even better: a public health system that covers the entire country. This gave researchers access to a vast amount of data on a richly heterogeneous population.

In the study, the team analyzed records from nearly 250,000 pediatric surgical procedures across 3,300 municipalities around Brazil. Vissoci combined these data with other sources of information, including pediatric mortality rates and demographic data.

“By looking at this data—and then linking it with other sources with data on socioeconomic development and disparity and health care access and capacity—we’re able to infer associations,” Vissoci says.

Children are an indicator of overall health

Much of what the research revealed was as expected: Hospital infrastructure and access to general care is distributed unevenly across Brazil, with fewer resources in the poorer northern regions than in the wealthier south. The number of pediatric surgeons is likewise unequally distributed.

There is, of course, no one-size-fits-all solution to address these disparities. In some regions, more hospitals and general practitioners may be what’s needed; in others, more specialists. Ground-level localized research reveals the appropriate actions.

But Rice says the study also shows the importance of childhood health as an indicator of how well a regional health system is functioning.

“You want a good match between the resources available, the complexity of care and how well children are doing,” he says. In some regions, those factors align, but in many, they don’t. In many of the regions studied, the care provided isn’t appropriate to the level of resources and local needs.

“So you must redesign the health system to make a better fit,” Rice says.

In the case of surgical care, the study concludes the best fit is for surgery to be delivered through multiple tiers within a national health system, where resources at each tier are commensurate with the needs of the community and the complexity of care.

But the bigger message, the researcher say, is how data can help health ministers and other officials determine the right match of resources and care.

“What this work says—and it’s part of a growing movement worldwid—is that if we use national data sets and refine tools the way that João and his team are doing, we can apply what we learn around the world,” says Rice.

“Then it isn’t simply throwing more money at the problem,” he adds. “It’s taking what resources you have available and applying them most efficiently.” 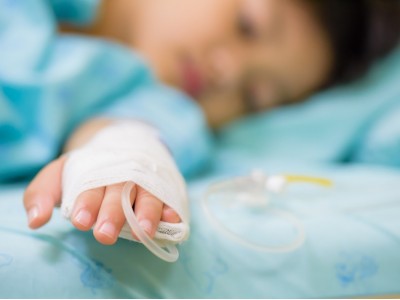 “There are vast areas where it’s very hard to reach a hospital."