DGHI Director Co-Authors National Academy of Medicine Report on Role of Global Health in the U.S. 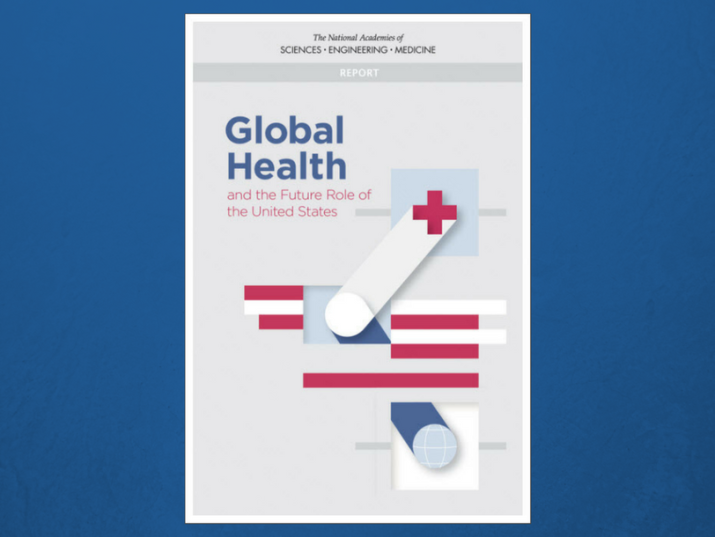 DGHI director Michael Merson was a member of the committee who authored this National Academy of Medicine report.

On May 15, a committee of experts charged by the National Academy of Medicine issued a 300-page report titled, “Global Health and the Future Role of the United States,” designed to maintain U.S. eminence in global health and make a case for continued commitment.

At the public release of the report in Washington, D.C., National Academy of Medicine president Victor Dzau said, “We are at a tipping point for global health policy,” whereby action is urgently needed to protect against forces threatening societal gains.

Duke Global Health Institute (DGHI) director Michael Merson was among the 14 members of the committee who authored the report. The report’s primary audience is the presidential administration and departments and agencies within the Executive Branch of the federal government involved in global health. The report was sponsored by a broad array of federal agencies, foundations, and the private sector, including NIH, USAID, PEPFAR, the Rockefeller Foundation and the Merck Foundation.

According to Merson, the committee came together to address the question as to the necessity of investing in global health.

“With the right investments, we have the potential to save the lives of millions of children and adults over the next two decades,” Merson said. “Through improved use and coordination of resources, we can also secure protection at home against global health threats. And importantly, we can set a positive course for the future by promoting productivity and economic growth in low and middle income countries.” 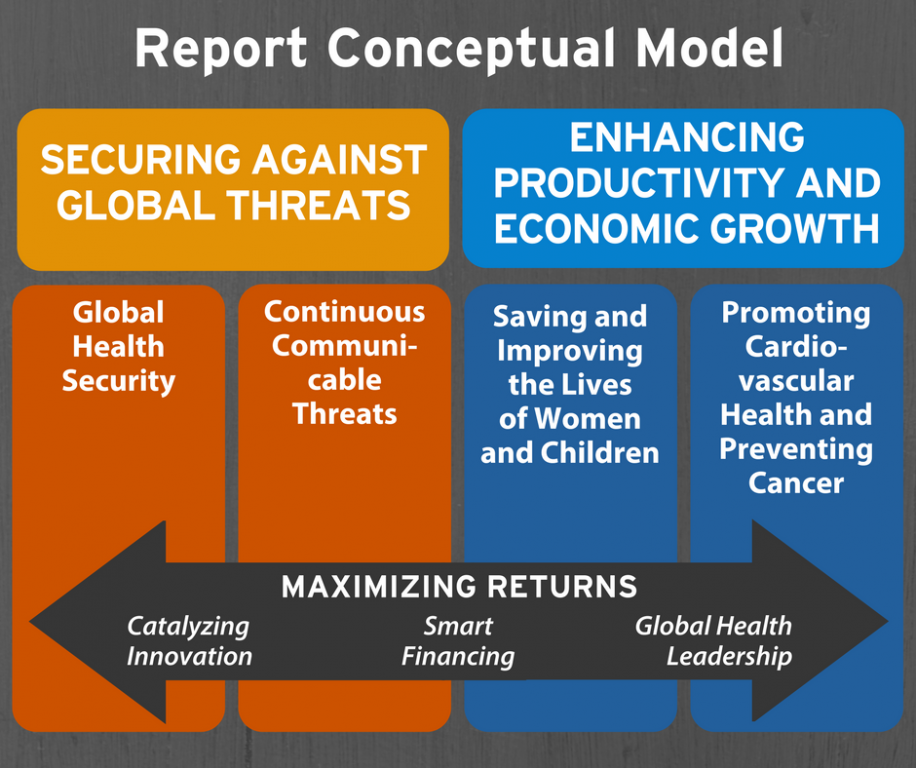 In order to be successful, Merson said, “We need to change the way we do business in global health to better enable innovation.”

He and his fellow report authors recommended doing this by applying cross-cutting areas for action to the U.S. government’s efforts in global health. They urged catalyzing innovation through the development of medical products and an integrated digital health infrastructure. They cited the necessity of employing more flexible and novel financing mechanisms to leverage new global health funding and partnerships, especially as many low and middle income countries are beginning to transition out of traditional foreign aid. The authors also called for a transition of investments toward global public goods. And finally, they emphasized the necessity of adhering to evidence-based science and economics, measurement and accountability.

Lastly, the Committee called for the U.S. government to maintain its leadership among nations in global health. It called for the government to use its influence to improve the performance of the key UN agencies in health (especially WHO), remain committed to essential global partnerships (such as Gavi), and to develop a cadre of career track global health experts in the State Department and the Department of Health and Human Services.

“I hope the Trump administration heeds the recommendations and acts on them,” Merson said. “It is important to the security and economic interests of our nation as well as to those living in low and middle income countries.”

View the key recommendations below. Click here to read the report. 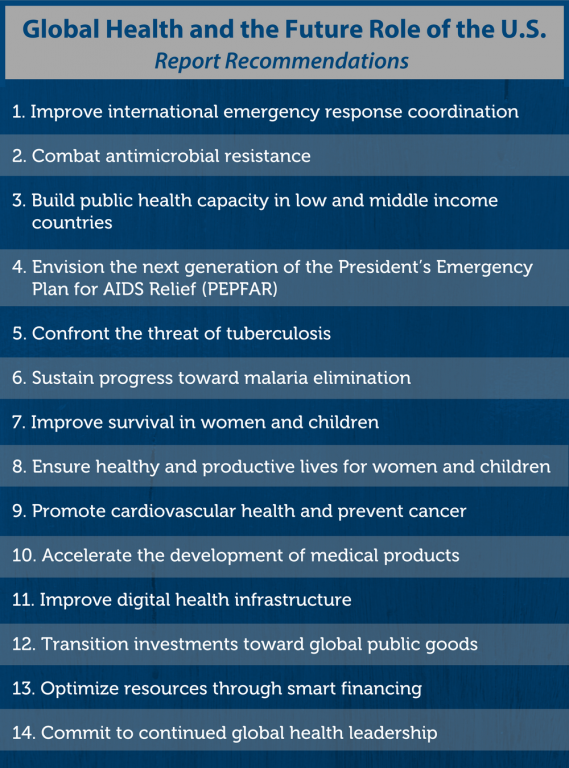