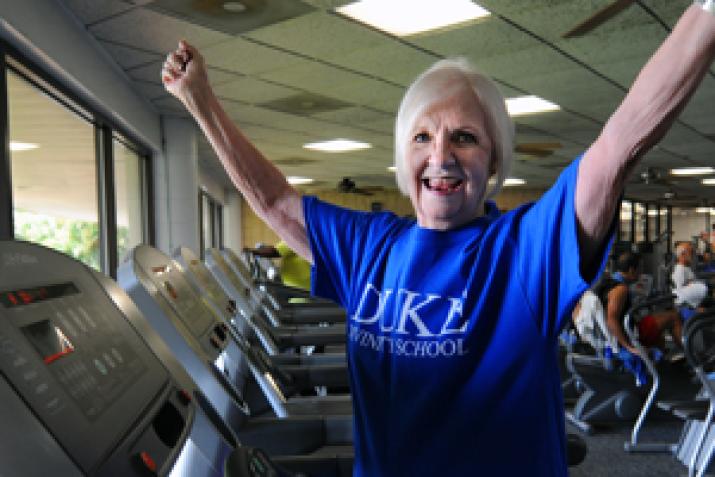 The Duke Endowment has committed $5.74 million to Duke Divinity School to extend the work of its Clergy Health Initiative, an effort to study and improve the health and well-being of United Methodist clergy in North Carolina, President Richard H. Brodhead announced Monday.

"We greatly appreciate the leadership of The Duke Endowment in ensuring that this important research will continue," said Brodhead.  "Duke's Clergy Health Initiative is contributing valuable expertise toward this complex issue, reflecting two of the core priorities of The Duke Endowment-- health care and the Methodist church in North Carolina. Protecting the health of pastors helps to sustain the health of communities across our state."

Duke Endowment Trustee Dennis Campbell, who chairs the Endowment's Committee on Rural Church, said the Endowment is pleased to support such critical work."We're giving pastors the tools to take care of themselves so they can continue the important job of taking good care of their congregations, Campbell said.

The Duke Endowment initially funded the project in 2007 with a gift of $12 million. Over the past six years, findings from the initiative's research have demonstrated there is a critical need for health programs tailored to clergy.

Compared to other North Carolinians, United Methodist clergy have higher rates of obesity (40 percent to 29 percent), diabetes, asthma and arthritis. About 10.5 percent of them also exhibit symptoms of depression -- nearly double the national average of 5.5 percent.

Yet because clergy perceive themselves to be much healthier than they actually are and because they often default to caring for others first, they are unlikely to seek help.

The new funding will enable the Clergy Health Initiative to extend the longitudinal study from which these findings emerged and further analyze the data. The gift supports the $3.25 billion, university-wide fundraising campaign launched last fall.

"We are tremendously grateful to The Duke Endowment for its vision in supporting this work, said Rae Jean Proeschold-Bell, research director of the Clergy Health Initiative and assistant research professor at the Duke Global Health Institute. "Prior to this program, very little research had been done in the field of clergy health, and yet the number of diverse denominations that approach us with health concerns suggests that clergy health problems are common, and that they're taking a notable toll."