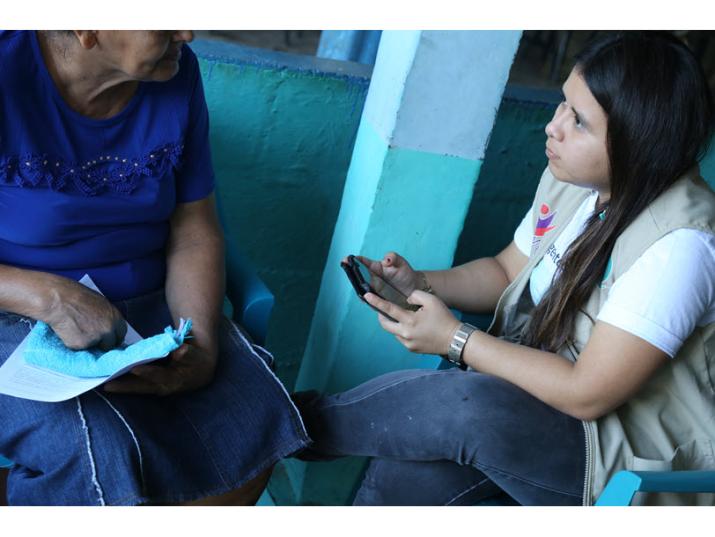 In qualitative research, in-depth interviews can be an immensely helpful investigative tool. However, the nuances of one-on-one interviewing can sometimes make it difficult to obtain useful results. Rae Jean Proeschold-Bell, associate research professor and founding director of the Evidence Lab at the Duke Global Health Institute, frequently integrates qualitative interviews into her research. In this article, she shares five interviewing tips that have served her well.

Proeschold-Bell also suggests a few more subtle techniques for helping interviewees understand what is really being asked and soliciting pertinent and thorough responses. Asking the question in several different ways can help clarify its meaning. Follow-up prompts such as “That’s really helpful; tell me more about that,” or “Can you describe what was unpleasant about it?” can also give interviewees helpful guidance in crafting their responses.

“You can also convey intent by explaining more broadly why you’re doing the research, so interviewees will be more likely to give you relevant information,” Proeschold-Bell said.

Acquiescence bias, which occurs when interviewees agree with what they think the interviewer wants to hear instead of giving their unbiased answer, can often prevent interviewees from sharing all relevant information. Research from Focus Groups: A Practical Guide for Applied Research shows that when power dynamics are present in an interview, it may be especially difficult for an interviewee to give an honest answer.

To minimize acquiescence bias, interviewers can emphasize that the participant is the expert in the subject matter of the interview.  For example, they can start the interview by saying, “I’ve asked you to talk with me today because you are an expert in what it’s like to be a patient in Eldoret.”

Interviewers should also avoid nodding or other body language that expresses agreement with the participant. Instead, interviewers should say, “That’s very helpful,” or “Thank you for those thoughts.” Otherwise, participants might elaborate on a point that isn’t actually very important to them just because the interviewer seemed to agree.

It’s best to ask interview questions in a specific order because covering certain questions first may influence how interviewees think during later questions. Finally, she recommends, “Ask all questions of all respondents, even if you think you know what they’ll say. They will surprise you sometimes!”

Proeschold-Bell sees her first several interviews for a study as pilots. Learning from these first few test runs and improving questions and interview techniques for future interviews can have a significant impact on the quality of the study. This means that data quality from the first few interviews may not be as strong since some of the questions change, but the data from the interviews later on will be more useful. Proeschold-Bell recommends numbering interviews chronologically to link interviews to the phase of development in which they were conducted.

After an interview, Proeschold-Bell recommends immediately reviewing the data. “This helps capture good ideas that may otherwise be forgotten,” she says. In fact, she suggests creating a review form with a few open-ended questions that can help capture strong reactions and flag questions that didn’t work well or questions that should be added.

It’s also helpful, she says, to note responses that were different from those given in previous interviews. Doing this may generate ideas to analyze more carefully later on.