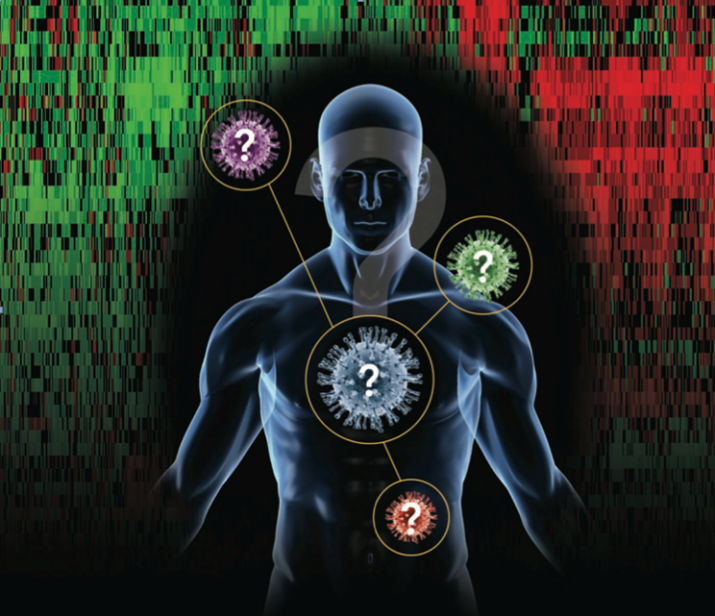 A blood test developed by researchers at Duke Medicine showed more than 90-percent accuracy in distinguishing between viral and bacterial infections when tested in people with respiratory illnesses.

The test, which detects a specific genetic “signature” that the sick person’s immune system expresses as a response to the virus, demonstrates a potential new method for diagnosing the source of illnesses that have long been tough to pinpoint.

Reported in the Sept. 18, 2013, issue of the journal Science Translational Medicine, the finding moves the technology closer to clinical use, where it could help patients get quicker diagnoses and treatments, while curbing the unnecessary use of antibiotics that don’t work on viral infections.

“In instances such as pandemic flu or the corona-virus that has erupted in the Middle East, it’s extremely important to diagnose a viral illness far more accurately and speedier than can be done using traditional diagnostics,” said co-senior author Geoffrey S. Ginsburg, M.D., Ph.D., director of Genomic Medicine and professor of medicine at Duke University School of Medicine. “Current tests require knowledge of the pathogen to confirm infection, because they are strain-specific. But our test could be used right away when a new, unknown pathogen emerges.”

When infected by a virus, a person’s immune system responds differently than when fighting a bacterial infection. These differences are evident at the genetic level, where certain genes are switched on during a viral attack, creating a fingerprint that broadly identifies the culpable pathogen.

In previous work, the Duke team described the development of a blood test, using a special assay, to identify some 30 genes involved in the immune response to viral infection among volunteers who had agreed to be infected with a series of common upper respiratory viruses.

Unlike current tests that rely on evidence of the pathogen in the blood stream – requiring knowledge of that particular bug to detect it – the new approach could be used to detect unknown emerging diseases, including potential bioterrorism threats.

“This is important not only in viral pandemics where infection may be caused by unknown viruses but also in routine care where the decision to treat or not with antibiotics is paramount,” said lead author Aimee K. Zaas, M.D., MHS, associate professor of infectious diseases and international health at Duke.

The current study was a trial run of the blood test in a “real-world” setting. Among 102 people arriving at a hospital’s emergency department with fever, 28 had a viral infection, 39 had a bacterial infection and 35 were healthy controls. Using the test, the Duke researchers were able to accurately classify more than 90 percent of the patients as having viral infection or not.

The assay provided true positive identifications of viral infection in 89 percent of the cases, and correctly ruled out the negative cases 94 percent of the time.

The researchers said larger studies are planned, and additional work is ongoing to trim the amount of time it takes for the test results to be reported. Ginsburg said the test currently takes 12 hours, and analyzes about 30 genes. He said both the time and the number of genes could be pared.

“We were very pleased that the assay could pick out those with viral infection with a high degree of accuracy,” Zaas said. “This is perhaps the most important aspect of this effort – the accuracy of the new test in a real-world setting.  It is a major step forward in the test becoming a useful diagnostic to help physicians and patients.”

Co-senior author Christopher W. Woods, M.D., MPH, associate professor of medicine, pathology and global health at Duke, the Durham VA Medical Center and the Duke Global Health Institute, said the new test, if proven successful in additional studies, could help resolve some of the most pressing issues around infectious diseases.

“One of the big global threats at the moment is the emergence of bacterial resistance, and that is largely driven by overuse of antibiotics,” Woods said. “This is a growing public health threat, creating infections that are increasingly difficult to manage. A tool that enables us to accurately identify viral infections could curb the indiscriminate use of antibiotics and reduce the development of resistant pathogens.”

The study was supported in part by the Defense Advanced Research Projects Agency, the National Institutes of Allergy and Infectious Diseases (AI066569), and the Department of Veterans Affairs.

Ginsburg, Zaas, Woods, Hero, Carin and Lucas have filed for a provisional patent on the respiratory viral signature. Fuller disclosures are provided in the study.