Largest Study of Orphaned and Separated Children: A Look Back and Ahead 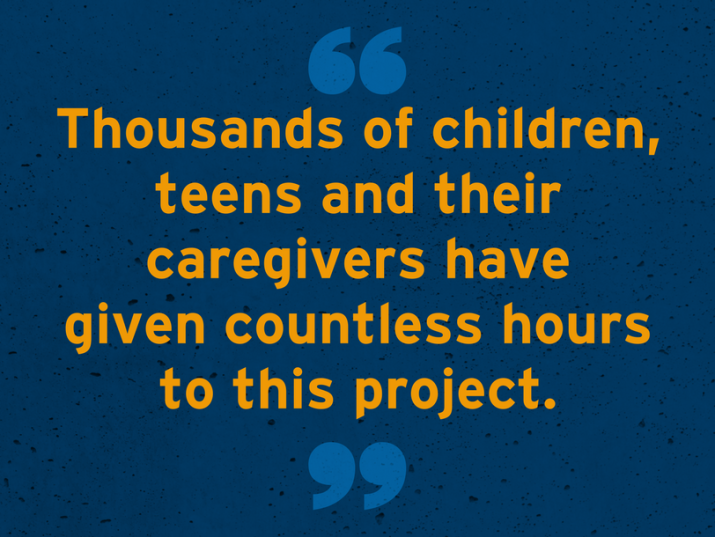 In 2005, Kathryn Whetten, director of the Center for Health Policy and Inequalities Research (CHPIR), and her colleagues set out to examine predictors of physical and emotional well-being, cognitive development, relationship outcomes and achievement outcomes for a cohort of more than 3,000 orphaned and separated children (OSC) living in five low-income countries (Cambodia, India, Ethiopia, Kenya and Tanzania).

Fourteen peer-reviewed papers, dozens of conference presentations and 12 years later, the “Positive Outcomes for Orphans” (POFO) project is still ongoing. Whetten, the principal investigator, was recently awarded a third round of funding for the project—a five-year, nearly $2.8 million National Institutes of Health grant.

POFO Is a One-of-a-Kind Study

POFO has received international attention as the first and only multi-country observational study to follow a large cohort of OSC. In fact, it’s one of less than a dozen 15–year studies of any population anywhere in the world. With an impressive retention rate of 76 percent, the study has explored the influence of children’s life events, environment, caregiving and care setting on the children’s outcomes.

“We have a tremendous responsibility, particularly because of the uniqueness of this study,” said Whetten, a professor of public policy, nursing, community and family medicine and global health. “Thousands of children and teens and their caregivers have given countless hours to this project to have their voices heard. These aren’t just data points—it’s our obligation to pay attention to what they have to say.”

Ultimately, the team is looking at trajectories across the children’s life span to determine the optimal points and types of targeted interventions for this group. “Some of these kids are thriving, while others are doing terribly,” Whetten noted. “Our goal is to be able to describe key factors that will drive the success or failure of OSC interventions. Our longitudinal data are particularly useful because they help us identify critical patterns.” The researchers will also be looking specifically at long-term predictors of HIV risk behaviors and care seeking behaviors.

The first two rounds of the study revealed that trauma and caregiver well-being are among the primary factors influencing OSC health outcomes. Key findings include:

These findings have important implications for OSC policy and programming, including the need to better protect OSC from potentially traumatic events, to improve all types of care settings and to focus on caregivers and care environment as much as the individual child.

By setting priorities of performing relevant, high-quality research, the POFO study team has established an influential voice in policy making. For example, POFO research has played a role in the modification of the United Nations Alternative Care Guidelines for Orphaned and Vulnerable Children (OVC) and amendments to a Senate bill that inaccurately summarized the state of the scientific evidence on the effects of residing in an institution. And Whetten was appointed co-chair of the Institute of Medicine subcommittee on OVC care for the committee that evaluated the effects of PEPFAR.

The POFO study team has also published op-eds in respected news outlets and established an online network that provides access to OSC-related studies and information.

While the goal of the study has been to examine health outcomes in the OSC cohort, the project has also helped its community-based NGO partners enhance research collaborations and strengthen infrastructure within the participating NGOs. The study team has brought together investigators and study coordinators at various sites, provided trainings on best research practices and organizational development and helped nurture collaborative networks of key stakeholders with common goals.

These efforts have enhanced the ability of the regions to conduct cutting-edge research and provide high-quality services to surrounding communities.

Whetten is also proud of POFO’s impact on the development of the study interviewers, several of whom have earned master’s degrees in related fields. “Watching them grow professionally and having the opportunity to mentor some of them over the past 10 years has been incredibly rewarding,” she reflected.

What’s next for POFO?

In the third round of the study, beginning this fall, the study team will investigate the factors that both contribute to and protect against HIV infection among OSC. At each of the POFO sites, orphaned and separated teens are twice as likely to be HIV-positive than teens in the general population in those regions. The team hopes to determine why this group is at such high risk for contracting the disease.

“We’re going to analyze their positive and negative experiences since age six,” said Whetten. “We’ll try to tease out what factors played a role in their current HIV status, whether positive or negative.” Their guiding question, she said, is what can communities do to lower the risk of HIV infection among orphaned and separated teens. The study will also further explore overall OSC well-being.