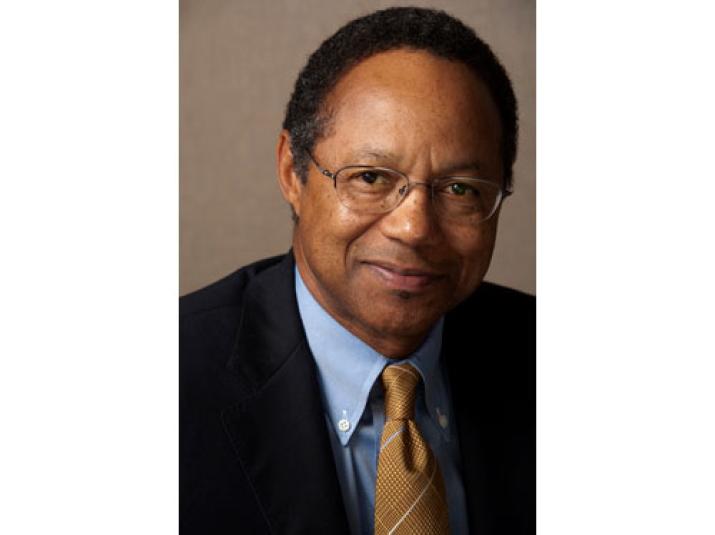 A. Eugene Washington presented at the DGHI faculty meeting on Friday, December 11

A. Eugene Washington, chancellor for health affairs and the president and chief executive officer of the Duke University Health System, spoke at the Duke Global Health Institute (DGHI) faculty meeting on Friday, December 11. He offered a preview of a key feature that promises to be part of the health system’s forthcoming strategic plan: population health improvement.

Washington has engaged in a broad and deep conversation with Duke constituents and external stakeholders as part of the seven-month strategic planning process. Duke’s ability to serve as a convener and an instigator in improving the health of the local population was one of the more powerful ideas to emerge from the process, according to Washington.

“In partnership with others in this region, we can measurably improve health,” he said.

The need for health care, says Washington, is not what is driving the equation. “We need to work with various sectors in our community—government, non-profits and private industry—to get at factors like the physical environment as well as social and environmental factors that impact health.”

“We’re talking about a fundamentally different role for Duke—one that we haven’t played before,” says Washington.

Washington’s focus on population health aligns closely with the majority of research taking place among DGHI faculty and students. “The field of population health plays a prominent role at DGHI, where as much as three-quarters of our faculty’s research—whether local or global—is population-based,” said Michael Merson, DGHI director.

“I think this paradigm shift is exciting and transformative for Duke and the communities Duke serves,” said Wendy Prudhomme-O’Meara, associate professor of medicine and global health, who is based full-time in Kenya. “This approach resonates with me because it’s the way we already think about health in Kenya—we aim to prioritize health promotion, remove social and economic barriers, and empower communities to take charge of their own health.” This community-facing approach to health, she says, was born out of necessity in resource-constrained settings such as Kenya.