One billion people live with a disability, and most have little or no access to services and supports. A Sept. 29 conference will look at what it will take for the world to catch up.

Published September 08, 2021 under Around DGHI 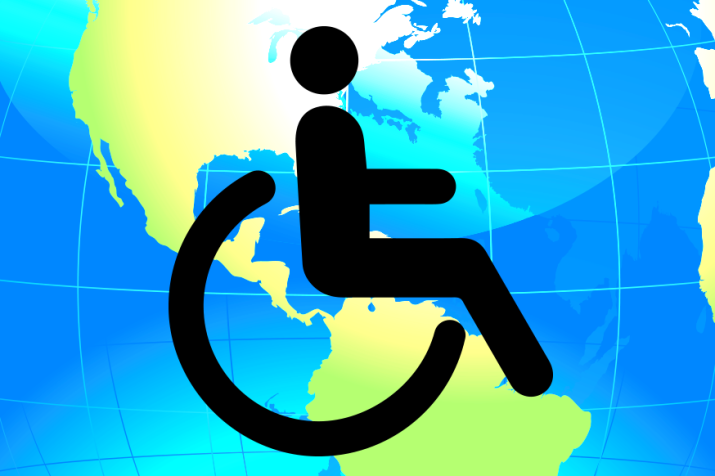 At a global conference a few years ago, Lauren Franz, M.B., Ch.B., was chatting with a South African government official, who casually asked about her research. When Franz replied that she was working on early intervention for autistic children, the official was dismissive.

“How can we worry about autism when we are a society that is facing a crisis from HIV and TB?” he asked.

Franz, an assistant professor of psychiatry and global health, was taken aback, but not entirely surprised. In countries such as South Africa, where health systems have their hands full keeping deadly epidemic diseases at bay, services for people with developmental disabilities often are relegated to the bottom of a long list of priorities.

Layer on the pervasive stigma attached to disability in many parts of the world, and the reality is stark for the more than 1 billion people who live with a disability. Eighty percent live in low- and middle-income countries, where services and accommodations are woefully inadequate, if not entirely nonexistent.

“There is a lot of work to do to elevate the profile of this area and put the needs of individuals with disabilities on equal footing,” says Franz.

The conference builds off efforts by the United Nations and the World Health Organization to reframe expectations around accommodations for people with disabilities. The WHO’s Rehabilitation 2030 initiative, launched in 2017, asserts that as much as one third of the world’s population lives with health conditions that can benefit from rehabilitation. Yet those services are chronically underfunded, especially in rural communities and low-income areas. According to one study, only 5-15% of people who need services and supports are able to get them, and children with disabilities are the least likely to have their needs met.

Landry, who later this year will become chair of the physical therapy department and the vice dean for global health at Virginia Commonwealth University, says the Rehabilitation 2030 goals provide a “roadmap toward greater inclusivity” for a huge, but often invisible, population. The first step on that road, he says, is redefining what is at the root of the global accessibility crisis.

One way the DGHI researchers are trying to reshape such perceptions is by featuring the perspectives of people with disabilities more prominently in their discussions. Particularly in the autism and hearing loss communities, self-advocates have been vocal about their rights to participate fully in work, school and everyday life. But the scientific community has been slow to bring advocates to the table when setting the agenda for research, says Franz.

In her area of autism research, she says “there is still a huge disconnect between research priorities and what people with autism say they want and need, and part of that is that autistic people have not been involved in those discussions.”

And that is one reason why there is such need for fresh perspectives and innovation in disability research, the organizers say. They see the conference as an open invitation for self-advocates, students and researchers in a broad range of disciplines to envision how they might help advance innovation of adaptive technologies and services.

“Sustainable solutions in this field must be made as a team, with people with disabilities at the center and in control of the process,” Landry says.

“What works for an autistic child isn’t necessarily going to be what works for someone with vision or hearing loss,” adds Franz. “Each area of disability is going to need many of its own strategies and supports. My hope is that the conference inspires people to become aware of those needs and to consider making this area part of their work.”

Register for "From Surviving to Thriving," Sept. 29 webinar