Surviving on $2 a Day 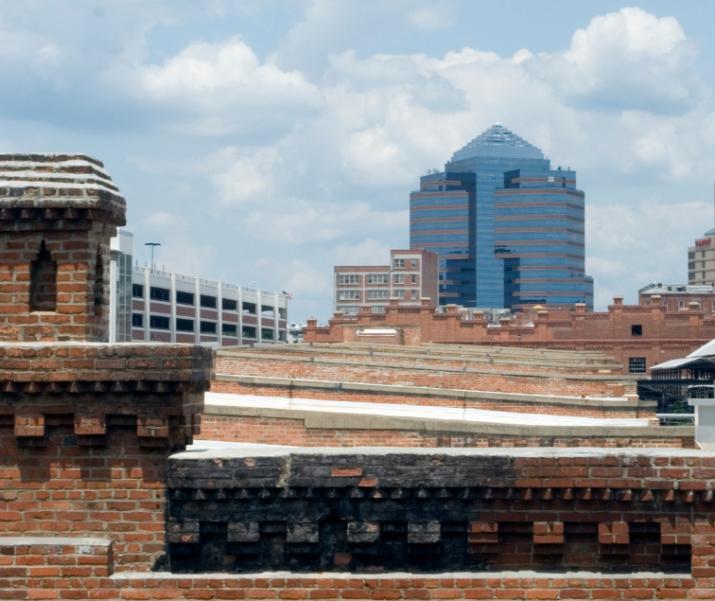 When the severe drought in North Carolina precluded his scheduled monsoon rainwater project, Bob Malkin was forced to devise an alternative experience for his Pratt School’s Design for the Developing World course.

In an attempt to simulate on the personal level the experience of poverty, he asked his students to live on $2 a day, just as billions of people around the world do. While the costs of lodging, heat and other utilities were not included in the exercise, the students had only $2 a day to spend on food, travel and entertainment.

After the one-week simulation ended, students could use any means possible to explain their experience to the class. Some wrote songs, some prepared power point presentations, while another came up with a mock game show.

And while living on less than what it would cost for a Starbucks mocha latte, Malkin’s students learned a lot more about themselves and what it may be like to live in poverty.

“I think we came to realize that poverty is much more than the inability to buy things,” said Malkin, professor of the practice in biomedical engineering and director of Duke-Engineering World Health, a program for undergraduates wanting to work in hospitals in the developing world. “That’s certainly part of it, but poverty also restricts travel, limits socialization with friends, and hinders eating healthy food or getting medical attention.”

While students came up with different strategies for allocating their meager funds, all found that they spent more time thinking about obtaining, preparing and eating food than they ever had before. Furthermore, the quality and healthfulness of the food was much lower than they’d usually eat. And almost to a person, most got around by foot power exclusively.

Senior Scott Kasper’s approach was to spend the $14 at once on such staples as rice, beans, bread and eggs, and then try to last the week.

“I was hungry all the time,” Kasper said. “I had two eggs for breakfast and beans and rice for lunch and dinner. No snacks. There was no fresh fruit or vegetables—they were too expensive. I hate to go to bed hungry, so I’d save a few pieces of bread for night time to fall asleep.”

Even though Kasper carefully planned his week, the food didn’t quite hold out. By the end of the week he was out of food, hungry, thinking of any way to get nourishment. He even considered hunting down a duck or goose from Duke Gardens, but that plan fizzled out.

“On Sunday morning, the last day of the exercise, I was so hungry,” Kasper said. “When I went out I passed a dumpster at the apartment. I looked in and saw half a bag of trail mix. It looked fine so I ate it. I was surprised at what a drastic decision I made, but I didn’t want to go through the day without eating anything.”

For Sydni Meyrowitz, also a senior, eating cheaper food took getting used to, but the psychological toll was the most striking aspect of her experience.
grains

“My biggest thing was the feeling of loneliness and restriction,” she said. “The cost of transportation and entertainment pretty much took away my social life. I couldn’t just get in a car and go to a friend’s house or do everyday errands. Things just seemed too far away to walk. For example, since I had to walk, I wanted to make sure I was home before dark, which limited the number of hours in my day. I saw fewer friends.”

What struck Meyrowitz about the experience was that enduring the similar circumstances in the developing world wasn’t nearly as jarring as when they were experienced in Durham. She had spent eight weeks the previous summer in Tanzania.

“In Tanzania there was greater access to cheap and healthier food in the street markets, so it was possible to eat better there for two dollars a day,” she said. “Also, that summer I walked everywhere without a second thought. But during the simulation, I wouldn’t walk anywhere more than two miles away. It just seemed too far. That was an interesting revelation to me, and I don’t know why I was more willing to go places by foot over there.”

For her presentation, Meyrowitz drew a map of Durham, including her apartment and all those of her friends. She also included the restaurants, bars and other places where she and her friends hang out. She then highlighted with different colors what she could do, and what she couldn’t do, because of the lack of money.

Kasper took a different approach – he composed a song and sang it to the class as he played guitar.

“I had been playing around with music lately, and writing the song provided entertainment for me during the week,” he said, adding that the experience in a small way helped him understand the plight of the starving artist.

Malkin plans to continue this simulation in future classes.