Until Next Time, Peru 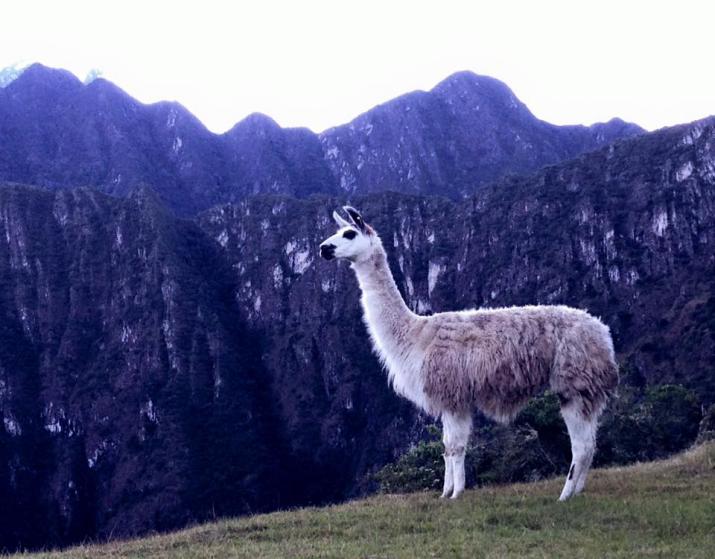 At Machu Picchu, a llama looks into the distance; its unwavering and unfocused gaze suggesting a moment of introspection not unlike my own.

Today I bid farewell to Peru. I did not think, when I arrived two months ago, that I would leave with so heavy a heart.

I had known I would be captivated by the history, culture, and nature. And yes, Machu Picchu was breathtaking. Cusco was a vibrant city full of paradox. Hiking down and then back up the Colca Canyon was enthralling; at more than three times the depth of the Grand Canyon, it is one of the deepest in the world. Huaraz, surrounded by snow-capped peaks, left me wishing I had more than a weekend to spare. The ruins at Pachacamac and Huaca Pucllana offered glimpses of the glory of a bygone era.

And then of course there was Lima itself, where I spent most of my time. Many would say that Lima is relatively dull and drab; it is a sprawling city that houses a third of the 30 million people who live in Peru. But even here, there was intrigue to be found if one cared to look beyond the chaotic traffic and persistent car alarms; from the delightful exercise park along the beach, to light fountains at the city center, to the fact that it was a city built in a desert and it never, ever rained.

I had expected to enjoy the food. I ate guinea pig (known as Cuy in the region) and alpaca, and the former especially was delicious. High in protein and low in fat, Cuy is today reared for its meat. In the past, it was a delicacy with great significance; it was an honor to be served the head of the Cuy during a dinner event, and you are ostensibly blessed if you can find a little bone in its ear (I never did find it). Admittedly, I underestimated how rich the ceviches would taste, just as I did the Pisco Sours. One of the ingredients for Pisco Sour is raw egg white—evidently an inspired addition. On top of all these, the desserts in Peru never disappointed either, and this was a godsend to I of the sweet tooth.

More than all else, though, it was the relationships I forged and the memories I shared that most profoundly moved me. I met people who inspired me, accepted me, and engaged me with a sincerity and warmth that I had not anticipated myself experiencing until I was back at home or college. Saying goodbye brought back that familiar sensation of knowing that I have to move on, knowing that I will find new experiences and relationships that I will cherish, knowing that the beauty of life is in its ephemerality, but in spite of knowing, feeling a wrenching in my heart nevertheless.

Perhaps I will return one day. Certainly, it does appear that the POCkeT colposcope will be used here in the near future. The research that I have done while here offers insight into how the regulatory landscape in Peru can be navigated, and we now have potential strategic partners with whom we could work in implementing the device in both the public and private sectors.

Given that low-cost detection and treatment procedures are available for cervical cancer, there is no reason for the burden of this disease to be as high as it is today in many low-and-middle-income countries. I can believe that the introduction of the POCkeT colposcope will boost the cervical cancer screening infrastructure in Peru, and significantly improve the state of women’s health.

And I am privileged to have had the opportunity to be involved in this endeavor, in however small a capacity.