DGHI, Duke-NUS researchers find hints in a genomic study of influenza B 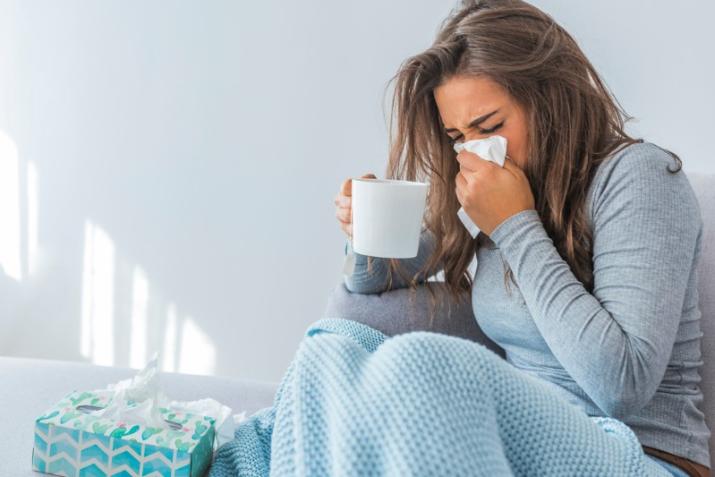 The flu is a nasty, and sometimes cruel, bug. Every year it sickens millions and kills hundreds of thousands around the world. And like many other viruses, scientists have long been trying to tease out the nature of this contagious respiratory illness in order to develop better ways to prevent and treat it.

Among those aiming to find answers are Duke Global Health Institute researcher Gavin Smith and his colleague, Yvonne Su, from Duke-NUS Medical School in Singapore. Smith, Su and colleagues co-authored a new study in the journal PNAS that looked into why one type of flu virus—called influenza B—has been on the rise recently.

Influenza B is one of two types of seasonal flu that circulate every year: A and B. While the physical symptoms of influenza A and B viruses look a lot alike to doctors when they see patients, they’re different when you dive a little deeper. Influenza A is the type that leads to pandemics (think, the H1N1 outbreak in 2009) and it can spread from animals to humans. Influenza B, which includes two types— Yamagata and Victoria—only passes between humans.

B viruses are the culprit in a significant number of flu-related deaths this season (2019-2020), particularly in children. In the U.S., for example, the CDC reported 32 pediatric deaths so far this flu season (as of Jan. 4, 2020) and that influenza B is linked to 21 of those cases.

The reason one year’s flu season can be much worse than the next is that influenza viruses aren’t like humans—they don’t take a long, long time to evolve, says Su, assistant professor, Programme in Emerging Infectious Diseases, at Duke-NUS Medical School.

“Influenza viruses have a genome that is made up of RNA, not DNA, and are able to evolve very quickly—up to 1 million times faster than humans and other mammals,” she says, noting that that’s why global surveillance to track the evolution of these viruses is so important.

In their study, the researchers write that since 2015, both B virus lineages “have shown unusually high levels of epidemic activity, the reasons for which are unclear.”

To figure out why, the researchers analyzed influenza B genomic data from thousands of hospital swabs containing flu virus and from cultured isolates collected by the National Public Health Laboratory between 2011 and 2019. They then used computational analyses that tell them about the evolution of the viruses and how they spread between different cities and countries. These analyses also allowed them to look back in time to see changes in the size of the virus population in different parts of the world.

“When we combine the results from these different analyses, we can then get an idea of how the virus moves through human populations and what changes occur in viruses as they infect people,” Su says.

The researchers wrote in their study that evolution is acting differently—moving more speedily—on Yamagata and Victoria viruses, and that that has led to the co-circulation of a diverse group of influenza B viruses.

Why is the evolution of RNA viruses so rapid? When the viruses are replicating, they’re making copies of themselves, but there is no “proofreading” mechanism and so mutations happen, Su explains.

“This means that there is a very high diversity of influenza virus within a single person and this diversity gives the virus the ability to evade, or overcome, host immunity. Practically this means that slightly different influenza viruses are constantly being generated in each infected person, and that new virus variants will emerge and circulate in humans. It is because of this that the influenza vaccine needs to be updated frequently to match the viruses that are infecting people,” Su adds.

Su says that while their findings open a window on the behavior of influenza B viruses, they do not suggest any change in the current approach to protecting people against influenza through annual vaccination.

The World Health Organization’s (WHO) Global Influenza Surveillance and Response System (GISRS), she says, is “very effective at detecting changes in which influenza viruses are circulating around the world.”

Every 6 months, GISRS information is used to review the composition of the flu vaccine to be sure it’s fine-tuned to the strains of influenza prevailing in the current season. For example, Su notes, the WHO recently updated the recommended vaccine strain for the B/Victoria lineage.

“It takes time to produce new vaccines and sometimes there are dramatic changes in the virus population between when the vaccine composition is updated and when the new vaccines become available. And these dramatic and rapid changes can occur because of the rapid evolution of influenza viruses,” she says.

The ideal goal would be to develop a “universal influenza vaccine” so that updated vaccines aren’t needed every year, Su says.