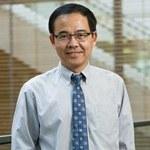 Prof Wang is a Professor in the Programme in Emerging Infectious Diseases at Duke-NUS Medical School and the inaugural Executive Director of the Programme for Research in Epidemic Preparedness and Response (PREPARE), Singapore.  He is one of the world’s leading experts in zoonotic diseases, bat immunology and pathogen discovery.

His early research was at the Monash Centre for Molecular Biology and Medicine. In 1990, he joined the Commonwealth Scientific and Industrial Research Organization (CSIRO), Australian Animal Health Laboratory (AAHL) where he played a leading role in identifying bats as the natural host of the Severe Acute Respiratory Syndrome (SARS) virus. His research then extended from bat-borne viruses to better understand virus-bat interaction and how bats co-exist with a large number of viruses without developing clinical diseases. His recent research contributions include developing antibody based serological tests to detect the SARS-CoV-2 virus, responsible for the COVID-19 outbreak, and the early and successful culture of the virus from an infected patents sample. His team is currently focusing on research into the origin of SARS-CoV-2, developing assays which can better assess vaccine efficacy in the context of a potential immunity passport strategy and novel vaccination strategy to broaden protective immunity against future variants and emerging SARS-related coronaviruses.

Prof Wang is a member of multiple World Health Organization committees on COVID-19. His work has been recognised internationally through various international awards, numerous invited speeches at major international conferences and more than 500 scientific papers including many top scientific publications in Science, Nature, New England Journal of Medicine, Lancet, along with nice patents and many invited book chapters. He holds a number of honorary positions and memberships and has received numerous awards. Prof Wang was elected to the Australian Academy of Technological Sciences and Engineering in 2010 and the American Academy of Microbiology in 2021 in recognition of his expertise in new and emerging diseases. He received the Singapore’s President Science Award in 2021. He is also active internationally by serving on various editorial boards for publication in the areas of virology, microbiology and infectious diseases. He is currently the Editor-in- Chief of the Virology Journal.