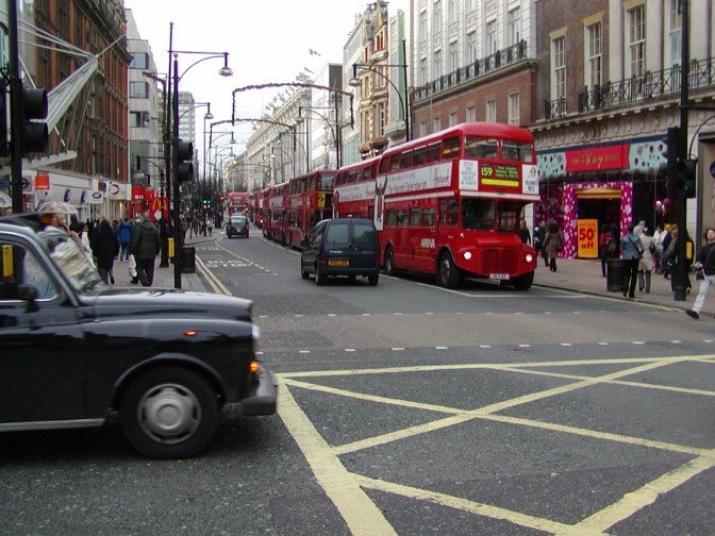 Exposure to air pollution on city streets is enough to counter the beneficial health effects of exercise in adults over 60, according to a new study led by scientists at Imperial College London and Duke University.

The findings, published last week in The Lancet, show that short-term exposure to traffic exhaust on a busy street can cancel out the positive effects a two-hour stroll would otherwise have on older adults’ heart and lungs.

This is the first study to document these negative effects on healthy people as well as those with pre-existing cardiorespiratory conditions such as chronic obstructive pulmonary disease (COPD) or coronary heart disease.

“This adds to the growing body of evidence showing the negative cardiovascular and respiratory impacts of even a short, two-hour exposure to motor traffic pollution,” said Junfeng “Jim” Zhang, professor of global and environmental health at Duke. “It highlights the need for stricter air quality limits and better traffic-control measures in our cities.”

“Combined with evidence from other recent studies, our findings underscore that we can’t really tolerate the levels of air pollution that we currently find on our busy streets,” said Fan Chung, professor of respiratory medicine and head of experimental studies medicine at the National Heart & Lung Institute at Imperial College.

Because the research also showed that volunteers who walked for two hours in a large city park—away from direct exposure to street-side traffic fumes—experienced significant improvements in lung and vascular functions, “we call for greater access to urban green spaces for people to exercise,” Zhang added.

To conduct the study, the researchers recruited 119 volunteers over the age of 60 who were either healthy or had stable COPD or stable ischemic heart disease. Volunteers walked for two hours midday at one of two London locations: in a relatively quiet part of Hyde Park or along a busy section of Oxford Street, where pollution—including black carbon, nitrogen dioxide and fine particulate matter from diesel exhaust fumes—regularly exceeds air quality limits set by the World Health Organization.

Physical measurements taken before and after the walks revealed the effects activity had on each volunteer’s cardiopulmonary health, including lung capacity, blood pressure, blood flow and arterial stiffness.

Following a stroll in Hyde Park, volunteers’ lung capacity improved significantly within the first hour and this improvement lasted for more than 24 hours in many cases. By comparison, a walk along Oxford Street led to a smaller increase during the first hours and no increase later.

Walking in Hyde Park reduced arterial stiffness by more than 24 percent in healthy and COPD volunteers and more than 19 percent in heart disease patients. Walks along Oxford Street yielded much smaller gains. Healthy volunteers experienced a maximum reduction in arterial stiffness of just 4.6 percent; COPD patients saw a 16 percent reduction; and those with heart disease saw an 8.6 percent reduction.

The researchers noted that stress could account for some of the physiological differences seen between the two settings, with the increased noise and activity of Oxford Street having an effect. They also noted that patients with heart disease who took medication to improve their cardiovascular health experienced less severe effects following exposure to the pollution. The medication had a stabilizing effect.

“For many people, such as the elderly or those with chronic disease, the only exercise they very often can do is to walk,” Chung said. “Our study suggests that we might advise these people to walk in green spaces, away from built-up areas and pollution from traffic. But for those living in inner cities, this may be difficult to do, and there may be a cost associated with it as they have to travel further away from where they live or work.”

“We need to reduce pollution so that everyone can enjoy the benefits of physical activity in any urban environment,” he said.

Zhang holds faculty appointments at Duke’s Nicholas School of the Environment and the Duke Global Health Institute, as well as Duke Kunshan University in China. Co-lead author Jicheng Gong was a postdoctoral fellow of Zhang’s at Duke when the study was conducted.

This press release was originally published on the Nicholas School of the Environment website.