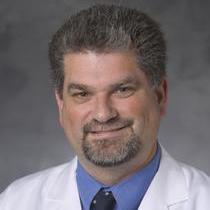 Clinically, my areas of subspecialty in neurosurgery includes the surgical treatment of epilepsy and functional mapping for resection of brain tumors. The major areas of research include: the cortical organization of higher cognitive functions as well as the mechanisms and pathways underlying the propagation of seizure activity. Research into the cortical organization of higher cognitive functions include language organization, memory and face processing involving electrical stimulation mapping in patients undergoing awake craniotomies and the use of optical imaging to localize areas of the neocortex serving specific cognitive processes. The mechanisms underlying the pathways and propagation of seizures involves using two models. The in vivo model, primate visual cortex, provides access to understanding the functional organization of the primate visual cortex and how seizure activity spreads through these known pathways. The pathways are investigated using microelectrode recordings as well as optical imaging.

The second model, an in vitro slice preparation, involves using both rat and human neocortical slices. Propagation of seizure activity through normal pathways is studied using intracellular and extracellular electrode recording which is combined with optical imaging of the normal activity and abnormal seizure activity propagation. By better understanding how the normal cortex in humans is organized and how abnormal activity such as seizures is propagated, improvements in the surgical treatment of epilepsy will be accomplished. Other areas of interests include the use of dynamic optical imaging to study the grading and localization of intrinsic brain tumors. As one of the authors on two U.S. patents which involves this technique, the ability to study brain tumors and other tumors not involving the brain using optical imaging may improve our ability to obtain more complete resections and to noninvasively screen and monitor many types of tumors.